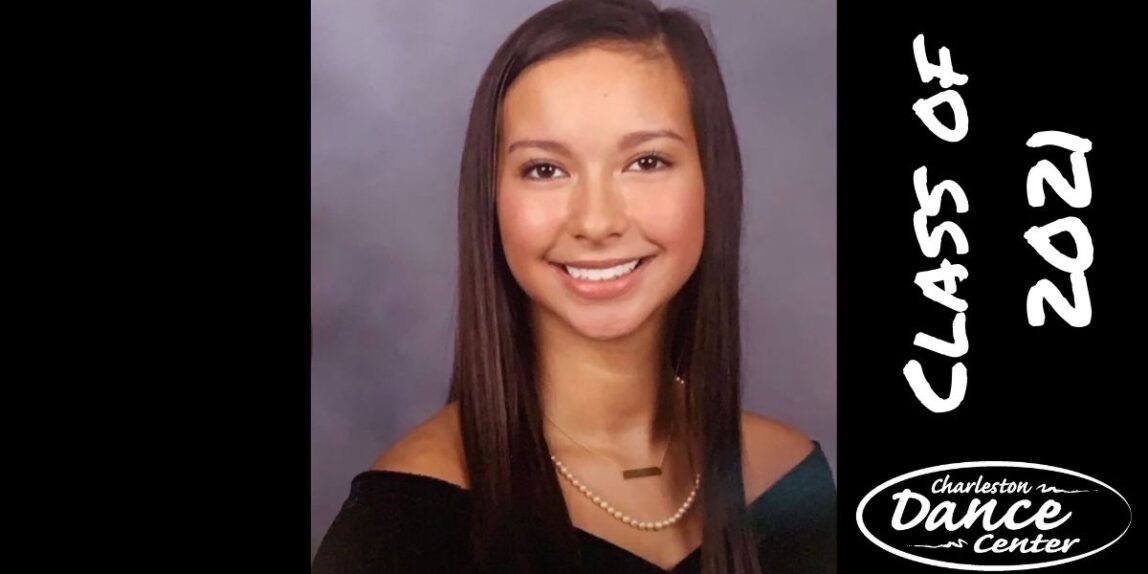 It’s now or never. One last solo as a senior in high school.

Caitlyn Hall has already earned this season’s highest honors for a solo and upcoming competitions required her to learn new choreography. So, it was now or never.

“I’ve always loved choreographing and have wanted to compete my own choreography, so this was the perfect opportunity.”

Caitlyn partnered with Gracen Nelson, a 2019 Just Dance! alumna, to develop the choreography. “We would use each other for inspiration, which really helped move the piece forward. We did get choreographer’s block sometimes and when we would get stuck on a section, we would just move on and come back to it. It was so rewarding when it was finished.”

It wasn’t always easy. Caitlyn spends more than 15 hours per week dancing in addition to a full day at Charleston County School of the Arts. And Gracen is attending the College of Charleston and working as an assistant for Intrigue Dance Convention.

“Creating her own solo felt like the next step for Caitlyn on her dance journey and I’m so proud of her for being willing to put herself out there,” says Lindsey Gentry, Charleston Dance Center co-owner. “She and Gracen did a phenomenal job collaborating to create this solo, and I loved that we were able to give them the opportunity. Caitlyn is such an incredibly hard-working dancer and I’m so excited to see what the future has in store for her!”

“I was extremely nervous before I competed, because I am putting my own work out for everyone to see, but while I was on stage, I knew it was worth it. I had to build up a little more courage than usual to step out on the stage and put myself out there like that, but it was easier because if did go wrong, I could just change it on the fly without worry what the choreographer would think. I didn’t really have to stress about getting the steps perfect.”

Caitlyn placed 8th overall in a very competitive senior category. A month later, she placed third overall at Adrenaline Dance Charleston regionals. This summer she will competes both solos she learned this year as part of the Honored Dancer competition at National Dance Honors and as part of the Outstanding Dancer experience as part of NYCDA Nationals.

Caitlyn already has plans for the future. “I definitely will have more opportunities to choreograph. Next year I will be a dance major with a focus in performance and choreography at the University of South Carolina.”