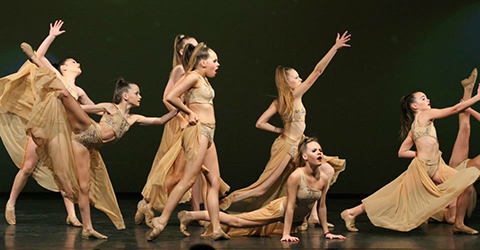 When you’ve been dancing the majority of your life, there around bound to be some mishaps along the way.

Below the Just Dance! Class of 2018 shares their most embarrassing dance memories.

Younger dancers, take note: EVERYONE has embarrassing moments! The most important thing is that you learn from them!

Abby: Too many embarrassing memories to choose from, but running smack into Macy on stage in Denial is up there.

Hallyn: My most embarrassing dance memory is when I was 15 competing a solo at KAR. I went for a double pirouette and busted my butt in front of everyone.

Hollis: In the production “Turn it Out” I fell flat on my face onstage. I was in the back so I thought no one would notice, but even my dad (who watched the dance from a livestream I’m pretty sure) texted me congratulating me on my fall…

Glynn: I was really feeling myself during production rehearsal one time, so when I went to do the “drag, step, chaine turn” section I decided that I would go the most full out I’ve ever gone. I guess I had safety pinned my leotard straps on that day, so when I did the biggest drag of my life, my arms shot straight up and my leotard straps both popped and the whole entire thing went down. I had to cover myself up and run off the floor to fix the straps while also trying to laugh it off and process what had just happened. It’s really funny to think about now but at the time I was so embarrassed.

Alden: The first time Robert Hoffman came to the studio, I was joking around with Mrs. Kim and some other dancers, and told her that he proposed to me! The next day, when I was standing with Mrs. Kim, she told Robert that someone said he proposed, and he got really confused and didn’t get the joke, so I ran away and hid in the bathrooms before Mrs. Kim could say it was me! 12-year old me was traumatized.